Opening of a unique university sports museum in Lithuania 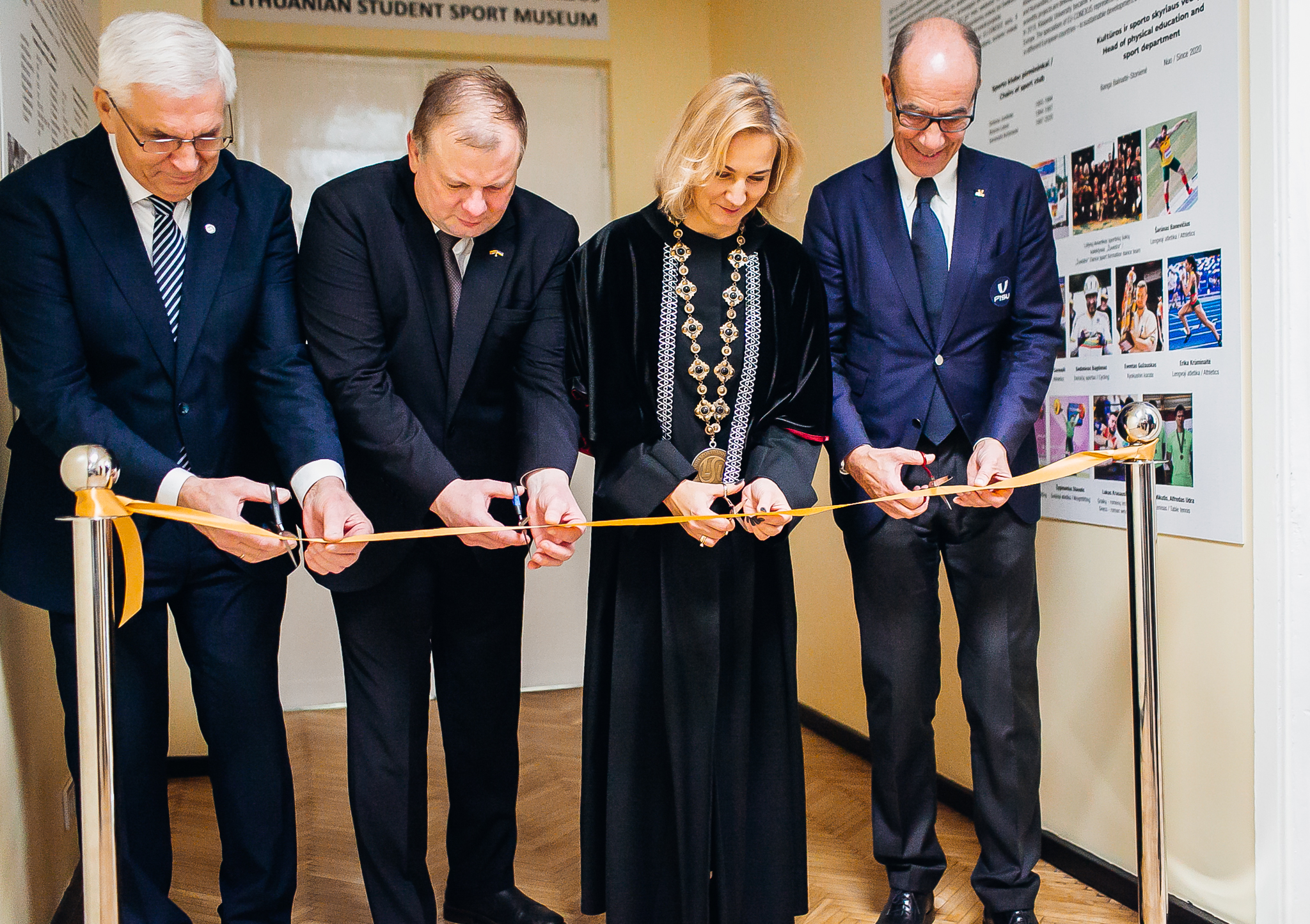 The Lithuanian Students Sports Association (LSSA) has opened the National Student Sports Museum of Lithuania, the first of its kind in the world.

Acting President of FISU Leonz Eder, prof. Dr. Diana Rèklaitienè, Rector of the Lithuanian Sports University Linas Obcarskas, Deputy Minister of Education, Science and Sports, and LSSA President Ceslovas Garbaliauskas (from right to left in the photo above) cut the ribbon at the ceremony.

“This museum means a lot and we are delighted that it will cherish the very rich history of student sports,” said Linas Obcarskas.

The event was also an opportunity to celebrate the 100th anniversary of the LSSA and to honor its president, Ceslovas Garbaliauskas (pictured below with Leonz Eder), who is retiring after 32 years of managing the association. 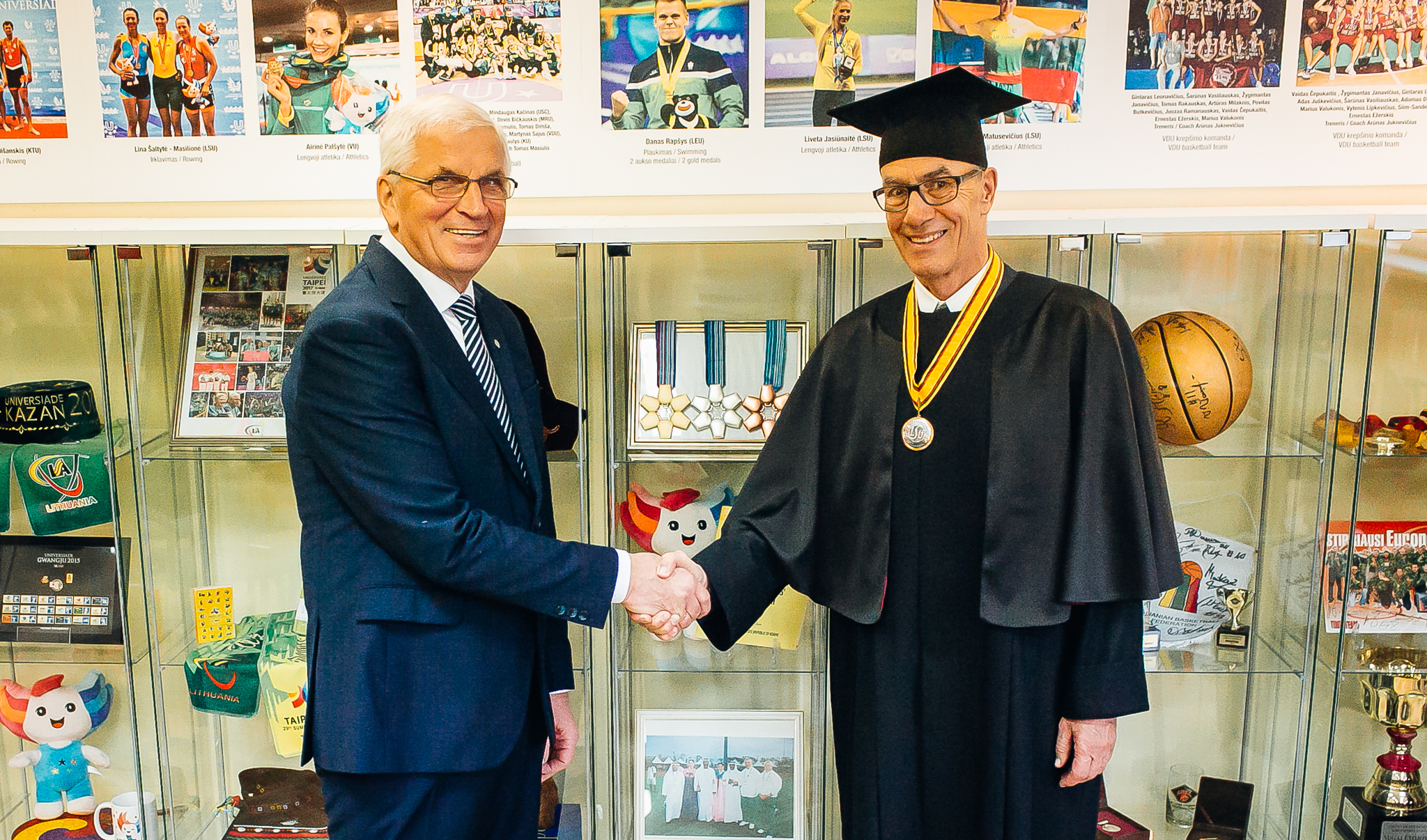 “For a country like Lithuania, these numbers are impressive,” said Ceslovas Garbaliauskas.

He also received the title of Doctor Honoris Causa from the Lithuanian University of Sports in recognition of his work for the international development and promotion of student sports.

“I am very happy to receive this award. However, I think that not only for me, but for the entire student sports movement,” he said. Olympic champion Sunisa Lee confirms Paris 2024 ambitions: ‘I do know what I even have to do to get there’