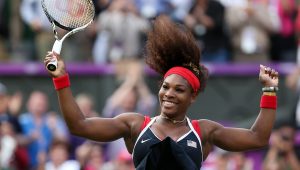 With current world ranking 22, 23 times winner of the Grand Slam, Serena Williams undoubtedly has ruled the Tennis World.  But in the Fed Cup in Asheville, North Carolina, held on February 11th 2018, she lost to Demi Schuurs and Lesley Kerkhov 6-2 6-3.

Serena Williams, a new mom, who delivered her baby last September, needed more skill and expertise on the field.  She just wasn’t her best on Sunday.  But the classic player of her generation took this daring step to return to where she belongs, Tennis playing.

Demi Schuurs and Lesley Kerkhov won hands down against the Williams Sisters in the rubber court.  This was the first official venture by Serena post-delivery.  Than winning, the Grand Slam Queen exhibited positivity and confidence in her come back game.

‘I honestly feel better than I thought I was going to feel’ she said as she had not played in competitions since Australian Open Victory in the year 2017.  She understands that it’s not her playing at all yet she is on the right track for a comeback she thinks.

As she approached the court to begin the game, she drove the fans wild with cheers.  She definitely had confidence and attitude to get back to the summit but disappointing the spectators, she surely didn’t exhibit comeback strength. This was obvious and she was shaken at the volleys from the opponents.

Analyzing her own performance, Serena stated ‘I didn’t know what to expect.  May be that’s why I felt like I did better.  I didn’t expect to…have that much power on my serves, even though they didn’t go well’.

‘It’s just a start.  I feel like that’s a very good step in the right direction.’ She said and it’s a big treat for her fans.

Post an emergency delivery through cesarean section, she developed pulmonary embolism and underwent multiple surgeries.  Serena Williams developed series of complications and was bedridden for around six weeks.  Fighter all the way, this 36 years old American, entered into the tie with high expectations.

‘If I walk out there with low expectations, then I need to stop doing what I do.  So that’s never going to happen for me.’ said Serena.  ‘I am always going to have the best and highest expectations for myself’ she said true to sportsman’s attitude.

The rubber field perhaps made no difference on the best-of-five tie.  This was played after Venus Williams scored 3-0 for the US which put the reigning champions in the semi-finals to play against France.

Serena played an exhibition match in United Arab Emirates in December 2017 and lost to French Open Champion Jelena Ostapenko.  She realized that she had to work more on the serve and returns.  She needs to be a better time manager with her little one in her family.

‘I didn’t manage my time well, but I was thinking about managing it better in the future’, she said as the little daughter was spotted among her mother’s fans.

‘This is literally my first time travelling with the baby and other new challenges and added responsibilities.  I am going to try to do better.  It was hard.  It was the first time for me’ she expressed which is acceptable by the fans.

May 26, 2020 admin123 Comments Off on International online KettleBell tournament – 29 players from India for the first time