Having trained professionals in the ISF family is an essential step in ensuring the safety and development of youth during their school sports experience.

The IOC Safeguarding Officer in Sport Certificate program equips those involved with the knowledge and skills to support the protection of athletes of all ages from harassment and abuse (non-accidental abuse) in sport, fulfilling the key position and role of Safety Officer in organizations. 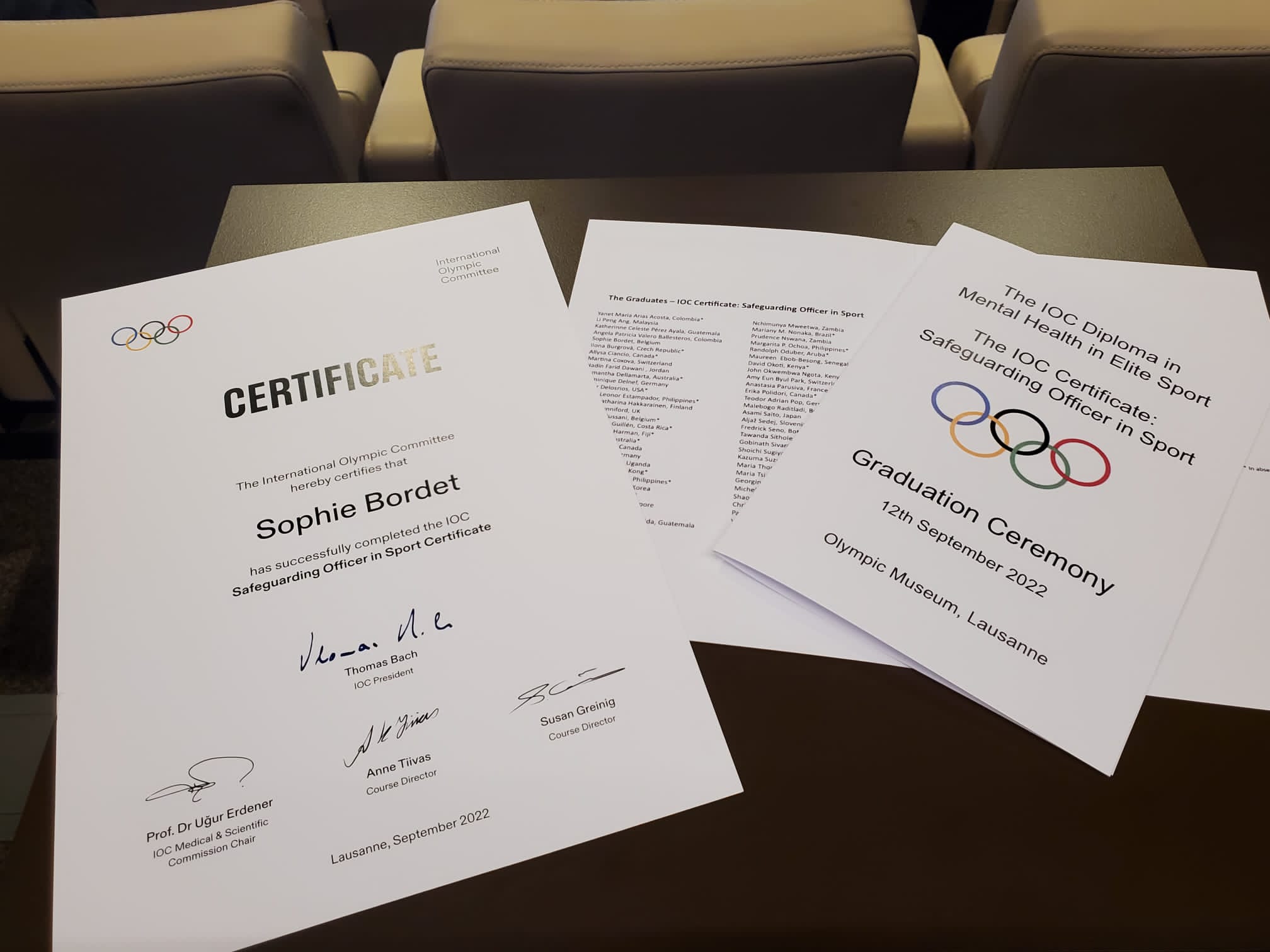