He competed as Taekwondo player at Rio Olympics two years back and now this Tongan flag bearer Taufatofua seen topless again at the opening ceremony of the winter Olympics Pyeongchang in front of 3000 hailing from 91 countries.

He (repeated this stunt as he did same at Rio) walked out in icy weather -1degree Celsius in traditional Tongan attire at the Pyeongchang Olympic stadium completely topless, oiled up and carrying Tongan flag, This cross country skier is the lone Tongan athlete who will compete in Pyeongchang from the Pacific Island.

“I won’t freeze. I am from Tonga, “We sailed across the Pacific. This is nothing!” he said after wrapping himself up in warm clothing at the stands along with the rest of the athletes. 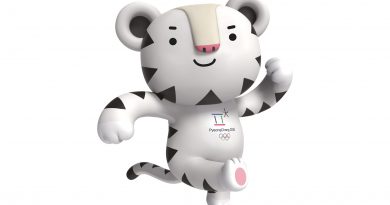